Use of Laughing Gas for Ooltewah Pediatric Dental Procedures 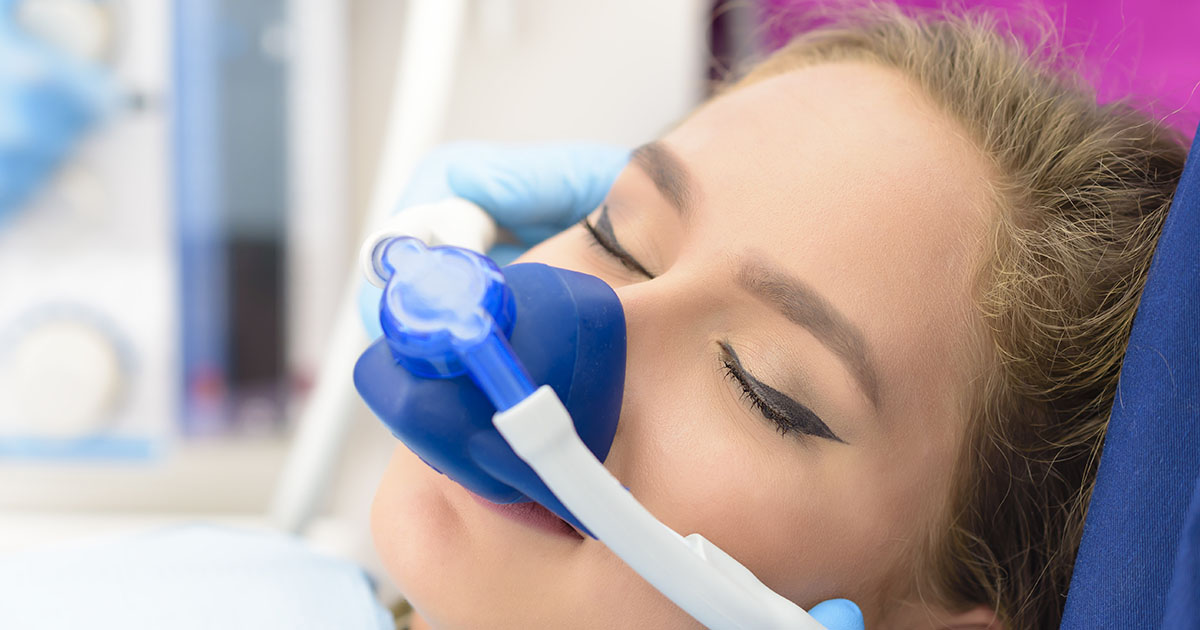 To ease anxiety during dental procedures, a mild form of sedation called Nitrous Oxide can be used. We are happy to explain the procedure, why it relaxes patients, and how it makes them feel.

Among the benefits of its use are the reduction or elimination of anxiety in patients, enhancing patient communication and cooperation, raising the pain reaction threshold, making longer appointments more tolerable, aiding in the treatment of mentally or physically disabled patients, reduction of gagging, and general sedation.

Nitrous Oxide, commonly known as “laughing gas,” is a colorless, almost odorless gas, first discovered in 1772 by the English scientist and clergyman Joseph Priestley (who was also famous for being the first to isolate other important gases such as oxygen, carbon monoxide, carbon dioxide, ammonia, and sulfur dioxide). He hoped it would serve as a preserving agent, but with no success. Humphry Davy of the Pneumatic Institute in Bristol, England, experimented with the physiological properties of the gas, such as its effects upon respiration. He noted that it appeared “capable of destroying physical pain” and might serve as an anesthetic agent in minor surgical procedures.

Before widespread use for that purpose was adopted, “laughing gas” was primarily used recreationally, sometimes at carnivals where the public would pay to inhale the gas, laughing and acting silly until the euphoric effect wore off.

During one of these public nitrous oxide exhibitions, a local dentist named Dr. Horace Wells watched with interest as a man injured his leg while staggering into some nearby benches, then went back to his seat, unaware of his injury until the effects wore off. The next day, Dr. Wells inhaled the nitrous while another local dentist extracted one of his molars. Experiencing no pain during the procedure, he declared that a dental and medical painkiller was born, replacing the far more dangerous (and explosive) ether as an anesthetic. Ironically, Dr. Wells would later be given the accolade of discovering anesthesia, but he was shunned while demonstrating with a tooth extraction at Harvard Medical School in Boston after the patient expressed some discomfort. Never mind that the patient would have experienced excruciating pain without the use of the nitrous!

More than a century later, dentists now use Nitrous Oxide as a mild sedative and analgesic. It offers some degree of painkilling ability while reducing anxiety that patients may have toward dental treatment.

Use of laughing gas is not always effective because it requires the patient to breathe through the nose while his or her mouth is open to allow access to the teeth and gums.

Dentists today use laughing gas because it is safe and effective. Its use is mostly limited to professionals because it is a compressed liquefied gas and asphyxiation risk. The euphoria felt during use causes short-term decreases in mental performances and manual dexterity, as well as spatial and temporal disorientation. In other words, you’re fine inhaling it while comfortably seated during a dental procedure, but you don’t want to run a marathon or try to drive a racecar while huffing the stuff.

Nitrous oxide also depletes vitamin B12 levels, but this is generally not an issue when administered during a dental procedure. Nitrous oxide does have a negative environmental impact on the greenhouse effect, but this is primarily from natural emission from bacteria in soils and oceans, as well as the burning of fossil fuels. We also have to prevent room air contamination due to the occupational risks associated with prolonged exposure to the gas.

Like any substance producing euphoric states, laughing gas is susceptible to abuse. Many states have laws regulating the possession, sale, and distribution of nitrous oxide. Such laws usually ban distribution to minors or limit the amount of nitrous oxide that may be sold without a special license. Nitrous oxide/oxygen must be administered only by appropriately licensed individuals, or under the direct supervision thereof, according to state law. The practitioner responsible for the treatment of the patient and/or the administration of analgesic/anxiolytic agents must be trained in the use of such agents and techniques and appropriate emergency response.

According to the American Academy of Pediatric Dentistry, nitrous oxide exhibits a superior safety profile with no recorded fatalities or cases of serious morbidity when used within recommended concentrations. Nausea and vomiting are the most common adverse effects, seen in 0.5 percent of patients.

When reviewing whether your child is a suitable candidate for nitrous use, medical history is assessed. It’s important to tell us about:

Nitrous Oxide use has an excellent safety record precisely because it is used by trained personnel on carefully selected patients with appropriate equipment. The reason we ask questions during a procedure is to monitor a patient’s level of consciousness and to make sure the respiratory rate is suitable for normal breathing.

It's called "laughing gas" for a good reason. Reactions to dental anesthesia have been the stuff of memes. “David After Dentist” is the name of a YouTube video uploaded in January 2009 featuring a young boy’s reaction after a May 2008 dentist appointment. The clip is known for receiving more than 3 million views in three days, becoming YouTube's second most watched video of that year. After his surgery was completed, the youngster asked deep questions including "is this real life?" and "Is this going to be forever?" It was even spoofed in a Star Wars parody. A heavier form of sedation than nitrous oxide was likely used in this instance.

At the end of most procedures, we administer 100 percent oxygen once the nitrous oxide has been discontinued. This usually results in patients feeling like their normal selves again before leaving our office. We encourage patients to communicate about any residual disorientation and to wait additional time in the waiting room before attempting to drive if there are residual effects felt from the laughing gas. Also, maybe make sure the person taking you home promises not to record you on video and share it with the world unless you are a really good sport about that sort of thing.

Let us know if you or your child may benefit from laughing gas during a dental procedure. We are happy to discuss specifics at our office by calling (423) 238-8887 or scheduling an appointment to visit our family dentistry office located in Ooltewah, TN. We also serve Collegedale TN, Chattanooga TN and Cleveland TN communities. 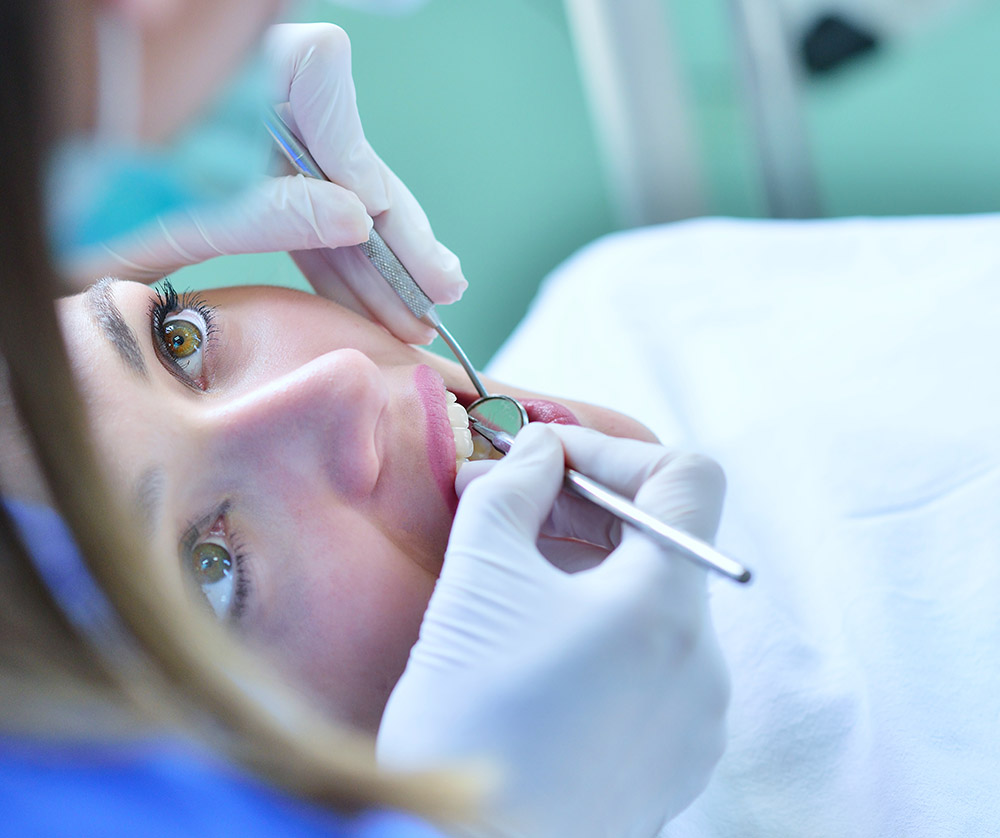 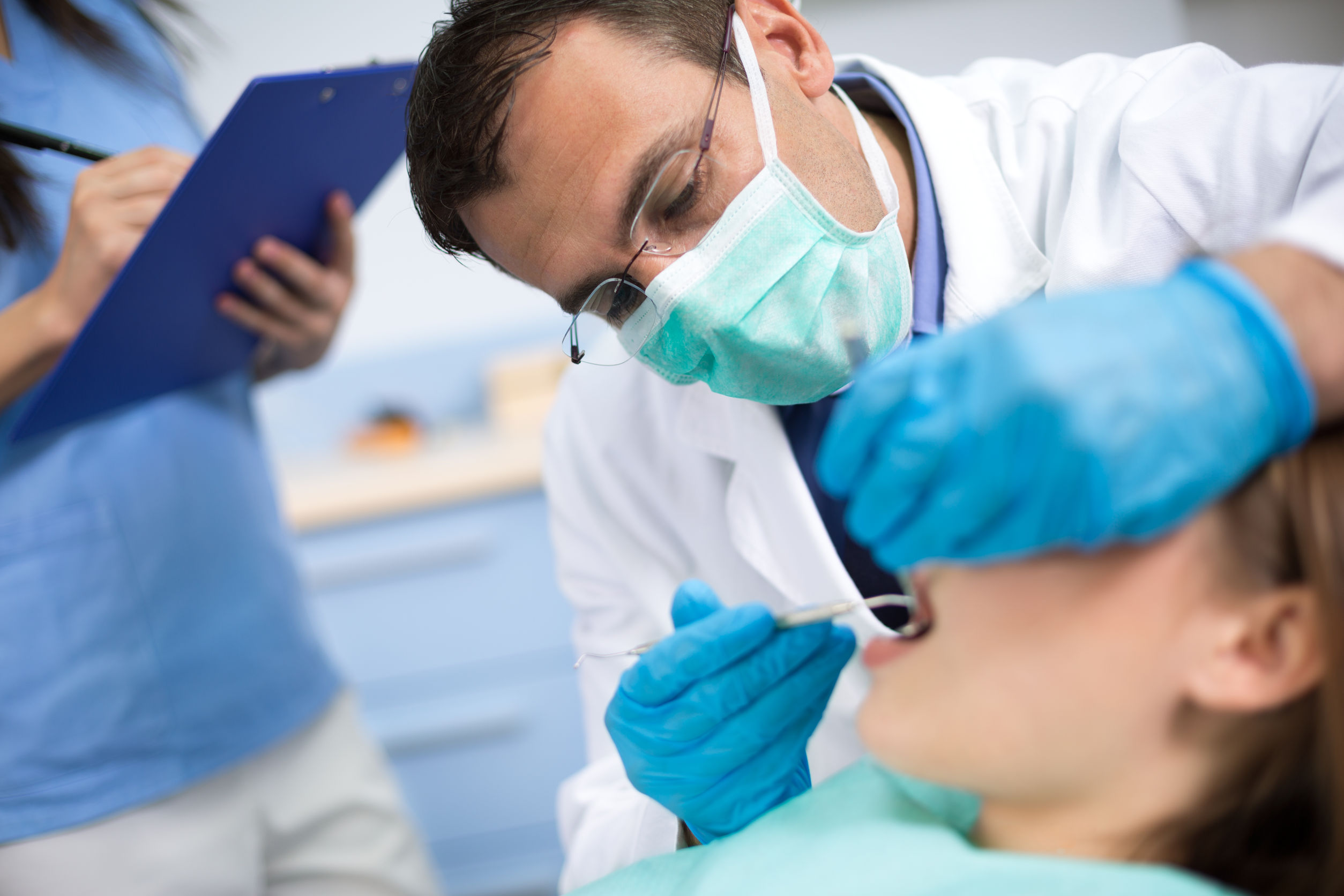 Whether you’ve recently moved or are making the switch to a new health care professional, Choosing the right dentist is important for proper dental care and to help keep your smile sparkling bright. Here are the top 5 do’s when picking the right dentist in Ooltewah for you, your family, and overall oral health and wellness:

When searching for the best dentist in Ooltewah, TN and which is the right choice for you, do your homework first. Online patient reviews are a great way to find a qualified dentist near you. See Google reviews, yelp, and healthcare websites, such as Health Grades to see what other patients are saying about their overall experience.

2. Do Ask Around for Recommendations

If you’re still searching for a licensed dentist in Ooltewah – ask friends, family, and even co-workers for their suggestions. If you are moving out of city or state, ask your current dentist for their professional recommendation.

3. Do Inquire About Specific Dental Needs

With each unique smile, comes unique needs. Perhaps you need an experienced pediatric dentist for your family or a full service cosmetic dentistry in Ooltewah. Compare the dental services to understand the best dental options for you.

Do you live or work in the Ooltewah surrounding area? Consider the travel distance and office hours. Since regular dental cleanings are the key to maintaining oral health, it might be easier to follow up with your recommended 6 month dental examinations and appointments if you’re within a reasonable driving distance.

5. Do Inquire About Insurance Options The deciding factor when choosing a dentist in Ooltewah may come down to insurance, so don’t forget to discuss payment methods. If insurance does not cover a necessary dental procedure, ask about other financing options that may be available to you.

6. Do Consider Tedford Family Dentistry to Meet All of Your Dental Needs In Ooltewah, TN and Surrounding Chattanooga Areas

Please contact our dental office in Ooltewah, TN if you have any questions or to schedule an appointment. We look forward to providing you and your family with the very best dental care possible. Make an appointment with us and experience our family friendly dental care that's sure to make you smile.